“If this movement persists, America is over.” Get the surprising truth about the powerful religious impulses behind Identity Politics . . . and what it means for your life 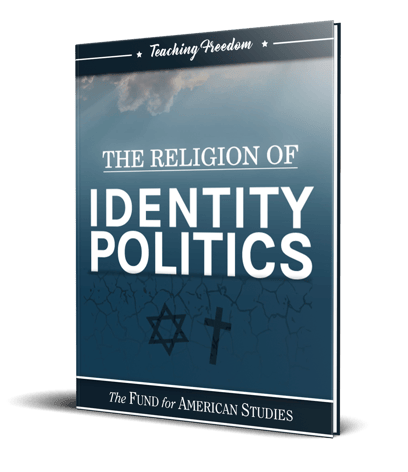 What’s the biggest threat facing America and our founding principles: The new Marxism? Socialism? Critical Race Theory? No, says renowned conservative political theorist Dr. Joshua Mitchell. All of these threats are merely symptoms of a far deeper danger which is capable of consuming our government, workplaces, and way of life.
This danger is Identity Politics. And it is far more insidious and lethal than any other movement because it taps into very powerful religious motivations built deeply into American culture and spirituality.
It is, he says, “a heresy.” It is a cultic perversion of Christianity that seeks to replace true original sin with false “group sin” . . . replace true individual guilt before God with false guilt for belonging to the “wrong” group in society . . . and replace true salvation through Christ with false “salvation” by paying an endless ransom of public shame and loss of freedom if you are in the wrong group.
Identity Politics not only perverts Christianity. It seeks to destroy the foundation of American life and government. Identity Politics rejects the precept that all human beings are individually “created equal,” and are individually “endowed by their Creator with certain unalienable rights.” It rejects constitutional rights that are applied to individuals according to the principle of equal justice under the law.

Instead, Identity Politics seeks to balance the spiritual scales of justice by harshly punishing “disfavored” and “sinful” groups like white heterosexual males—that means every individual in these groups—and giving raw power to “favored” groups.

And it’s here. Identity Politics is the operating principle for every major policy of the left. It is a corporate policy in more and more companies. It is taught as dogma in public and much of private education.

The only way to defeat Identity Politics is for Americans like you to understand it. Dr. Mitchell’s concise, easy-to-read eBook, The Religion of Identity Politics, will quickly open your eyes. And once you see what’s happening, you’ll understand how to save America.

Get your free eBook emailed to you now:

Copyright © 2021 The Fund for American Studies (TFAS). All Rights Reserved.